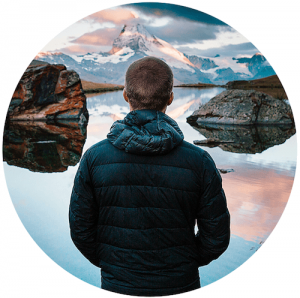 “Each time we face our fear, we gain strength, courage, and confidence in the doing.” — Theodore Roosevelt

A mentor who’s counseled me for 20 years recently issued a directive I imagine most people would do well to heed: Have more fun. Yesterday, my mind fixed firmly on accomplishing my new mission, I liberated the basketball that had been confined to the trunk of my car since the day I bought it, inflated it to its proper dimensions, and jaunted to the park. As soon as I arrived, a group of guys called out: “You wanna play 3-on-3?”

I hadn’t played a game of pickup basketball since 2003. I’d played maybe all of five games of H-O-R-S-E in the intervening 15 years. I was in running shoes. My legs were already partly dead from a strenuous hike that morning. So of course I said yes.

Today, I’m stiff in places I’d forgotten existed; my lower back feels like it was tenderized with a pipe wrench; there’s at least a 60% chance my right big toe will fall off before I have a chance to get it professionally amputated; and I feel awesome.

This elation can be attributed partly to relief that, by the grace of the basketball gods, I managed not to (utterly) humiliate myself on the court. But it mostly has to do with making it onto the court in the first place. Those of you familiar with pickup basketball know that it can be a little more intimidating than it sounds. You never know whether the game you’re joining will be a sensible one moderated by sportsmanship or a brutish one rife with dirty fouls and macho trash talk. You might run into That Guy, the one who elbows you in the face, whines when you call a foul, then calls a foul himself when you graze his finger. You might run into That Other Guy, the one who huffs and puffs when you don’t get him the ball exactly when and where he wants it but feels no obligation to play anything that might resemble defense. And if you’re on the taller side, like me, there’s a non-zero chance you’ll be matched up against a guy who played shooting guard in junior college.

The simple act of walking onto an unfamiliar basketball court, then, is not something that came naturally to me, but a skill I had to learn. And I learned this skill by unlearning something I had been told when I was a child and continued to believe into young adulthood: that I was terrible at sports. When I was a kid, I had a series of jarring, confidence-killing experiences with coaches. At five or six years old, I had a tennis coach who would do his best John McEnroe impression each time I made what he must have considered an irredeemable mistake, stamping and screaming until all in the world I wanted was to become invisible. At seven or eight years old, I had a soccer coach so hot-headed that every utterly meaningless game — half the kids were in it for the orange slices — felt like the final match of an alternate-universe World Cup in which the reward for second place was a gory, protracted death. Each time I failed to make the correct play, I felt as though I’d committed an unforgivably heinous crime.

Things have changed quite a bit since the 80s, but I still meet children who have been put to shame by adults who clearly should know better. A few weeks ago, I began working with an 8th grader who had been told by her math teacher — in front of her peers, no less — that she had no natural aptitude for the subject. Last week, I started working with another 8th grader whose father has pooh-poohed his goals of playing college baseball and ultimately becoming a Naval Special Warfare Officer.

When you’re told you’ll never be any good at something, why bother trying? If your dreams are dismissed out of hand, why bother dreaming? And if you don’t dare to try things that challenge you, to pursue dreams that inspire you — if you’ve been cowed into making all your decisions through the lens of timidity masquerading as realism — why even bother living at all?

The sweetest nectar of life is found in adventure, not at the center of your comfort zone (or someone else’s). Adventure requires the willingness to take risks. And the willingness to take risks requires confidence. When we do damage to a child’s confidence, we make their world smaller and bleaker. We make it far less likely that they’ll realize their full potential. And that is an unforgivably heinous crime.

“It is better to fail in originality than succeed in imitation.” — Herman Melville

I had the privilege last week of speaking to the parents of next year’s 9th grade class at Palos Verdes High School, a rigorous public school where the considerable majority of students take at least one AP course and easily surpass state-determined proficiency levels in English and Math. Perennially recognized as a California Distinguished School, it is, according to the ever-helpful US News & World Report, precisely the 498th best high school in America. (High-tail it to another district if it ever slips to #501, amirite?)

By most people’s reckoning, this is a successful school teeming with successful students poised to lead successful lives. And so it might come as a surprise that my talk was largely devoted to making the case against success.

Before you start grumbling about snowflakes and participation trophies, hear me out: Like justice, or the perfect slice of pizza, success is a concept that fares better in theory than in reality. Everyone agrees that it’s desirable, but can anyone say with certainty what it actually is?

Quick, who’s more successful: Ruth Bader Ginsburg or Judge Judy? If your coffee just shot out your nose, you might not have known that Judge Judy has an estimated net worth of nearly $300M and works all of 52 days a year. (Moreover, her off-camera law career spanned 30 years, so you could think of her stint on TV as an insanely lucrative semi-retirement.)

Does Ginsburg have the more estimable career? Has she, on balance, done more important work? Leaving politics out of it, I doubt most reasonable people would argue otherwise. But it seems to me she loses rather badly on lifestyle.

This exercise, while admittedly a bit silly, nonetheless serves to illustrate an important point: The relevant question isn’t whether which person is more successful, but which person is living the life you’d rather have yourself. And this question, of course, extends far beyond financial portfolios and professional accolades.

What about relationships? What about physical and psychological health? Does anyone truly aspire to be the next J. Paul Getty, who didn’t attend his 12-year-old son’s funeral, or the next Howard Hughes, who died weighing 90 pounds, with five broken-off hypodermic needles buried in his arms?

What about citizenship? Has anyone read about the thuggery of Travis Kalanick (Uber) or the chicanery of Elizabeth Holmes (Theranos) and thought to themselves, now that’s an example for my kids to follow?

A friend of a friend recently made his first million dollars. He’s not particularly happy about it. Because his father made his own first million faster. When we keep score, somehow nobody wins.

So what’s the alternative? Forget about success and focus on well-being. Well-being is not some airy-fairy idea someone’s mom invented to make him feel better about himself; it’s a measurable, meaningful construct economists and social scientists have begun using alongside older markers of progress such as per capita GDP. Gallup offers a good definition:

Career well-being: Do I enjoy what I do for a living?

Social well-being: Do I have strong, mutually rewarding relationships?

Physical well-being: Do I have enough energy to do the things I want to do?

Community well-being: Do I feel engaged with the area where I live?

And, of course, there’s financial well-being: Do I have enough money to meet my needs, both today and tomorrow?

This five-pronged definition of well-being calls our attention to a fundamental yet often overlooked truth of life: While it can, and often does, reward us for pursuing achievement, it never fails to punish us for neglecting balance.

We don’t just improve grades and test scores. We set students up for lifelong success. Using our proprietary curriculum, we help students at all levels of academic achievement (from the D-student to the valedictorian) find direction, develop their strengths, and adopt healthy and effective habits.